The Premier Party Pony of the world over! This Ponka-tastic party animal has expanded quite a bit since her Ponyville days. Always happy for a party, sure! But more than that she's invested in all sorts of other Entertainment ventures, such as the massive floating, yes, floating amusement part, Partyland!

But never one to stay down, she kept going and now has her own Party Pony Productions, dedicated to bringing media based fun and joy to the citizens of Equestria and the world over! Will her budding empire bloom into a magical party unlike any other? Only one way to find out!

Along the way, she got her very own Non-Canon side story, with hundreds of stories within it! Late at night, while everyone is asleep, she pulls them in from her dreams and interviews friends, family and foes! There's big laughs, fights and even arcs, yes, arcs in this, because Pinkie doesn't do this halfway!

Just because everyone's asleep, doesn't mean she has to quit! The party never stops with Pinkie Pie!

Check out the visual novel test, hopefully the start of something bigger to come!

We can sum it up in blocks! 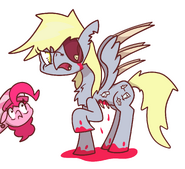 "Don't worry, it's just a dream... maybe you should stop it with the muffins in bed, though. Just a suggestion."

"Hey, Princess Luna, you're looking pretty... dreamy." "We are too old for this."

"Mr Cake said not to eat the special sugar before bed. I chose my own path in life!"

They gave her a computer... what exactly did you think was going to happen? 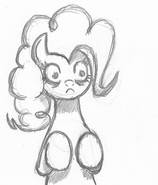 Pinkie just saw what she typed into the computer, and has regrets. 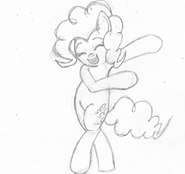 Who cares about anatomy? Dance!

The Pinkies Pinnius hs been know to crest upon those who it considers 'huggable'. However, be weary, as it also does so on those it wants to shove face first into pie.

Something is coming. Something ... lewd

When things look their darkest, just remember those cheering you on. Never give up! 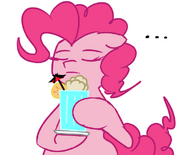 Right before inspriration strikes, and she realizes it's full of stars.

She's chasing that color refernce down to try and change it back. Somehow, it's always out of reach. 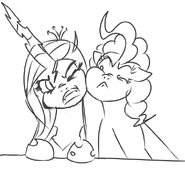 The studio had an interesting appraoch to Cheese Sandwich's strangely high pay check. Weird Al may not come cheap, but air certainly is! 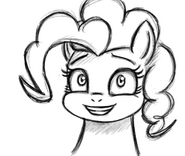 Okay it is obvious she had no idea what that was going to do. Who put the button in front of her!?

I have a taco and I am NOT AFRAID TO USE IT! 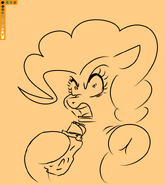 Screw your salad! SCREW IT! Health is for NERDS! 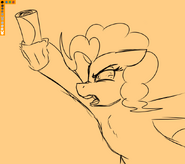 Soft tacos for all! TACOS FOR THE PONIES! 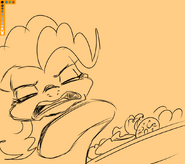 Sleeping is when she gets her best work done, trust me. 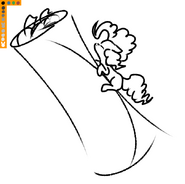 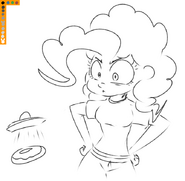 Waaaiiit a minute... this isn't the normal doughnut UFO! 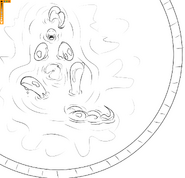 Swim in the dream

Regret eating too much of the dream

And finally, ask if you want more of the dream 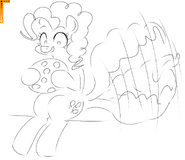 Where did that giant cookie come from? Only one pony has the answer, and they won't catch her before it's gone.

Her diet has gotten rediculous.

She’s the rocket mare, burning up her parties in outer space! 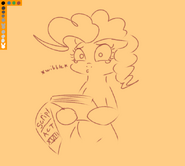 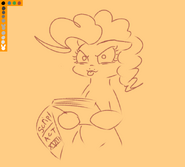 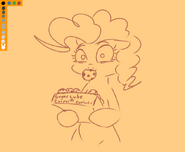 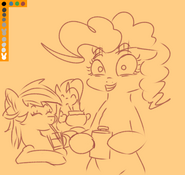 We call this acting juice!

She'll catch that giant bar, give her a minute!

This dream got weird and she loves it

The tacos... they are good.

The first dragon ball is in sight, and soon the world's largest cake will be hers!

The kids can't stop staring at the cool trick, the adults do too but for completely different reasons. 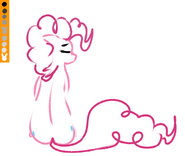 She's actually on top of the box, and fears what she will find inside.

Pinkie at this point begins to wonder if Applejack remembers she has a horn or not.

You want to know why you need a lot of friends? They make the best impromptu pillows. 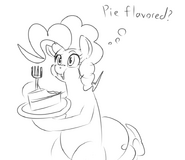 Nobody knows what it means.

The many ponk faces!

Many MANY MANY faces! 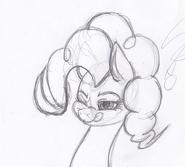 So many tasty faces

Oh no! Too many faces! She's angry now! 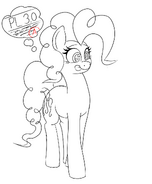 We know, we know... Pinkie is terrible at Tennis.

Oh, you think TBDRLIATU is the best launcher?

One of these is a real Pinkie, the other one... a Pinkie!

Shhhhh, the sugar crash has come... and there were no survivors. 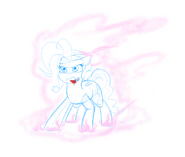 The Party Force, all out. 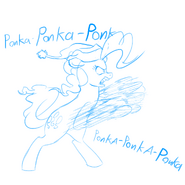 You, are already HUGGED!

Do not wake the pony, you wouldn't like her when she's cranky

She has lost many pillows to the hungers of the night. She will lose many more.

And this is Late Night Pinkie Pie!

When everyone wants the best fighter.

This may be offensive, but both of them are technically prey species so this is a grey area. Canon and consistency matters.

If you're asking if she's big or those are tiny Pinkies, wait for the punchline.

So that's why she breaks the fourth wall, someone with cupcakes is on the other side.

She goes mad with power easy. If you think this is bad, see her on a segway. 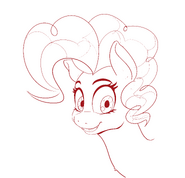 When heads start popping out of the wall we have a problem.

Every dream world adventure begins with a dream.
Add a photo to this gallery

And welcome to Late Night Pinkie Pie, with the Pink Pony Club!
Add a photo to this gallery
Retrieved from "https://princess-aj.fandom.com/wiki/Pinkie_Pie?oldid=7089"
Community content is available under CC-BY-SA unless otherwise noted.