Start a Wiki
Princess Celestia is the undisputed co-ruler of Equestria, along with her sister Princess Luna.  She is an extremely matronly and cares for her subjects dearly, though in recent years her attentiveness to legal matters has been... less than stellar.  Thus she brought Princess Applejack on board to straighten out problems both past and present, most often of her own creation.

It is always her fault.

[Q]"Because I bred them to be dedicated to wanting boosts of testosterone, some of us weren’t genetically engineered!"

Some princesses have easier times getting ready for the world. 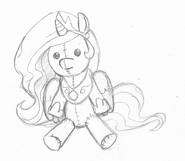 This is not a Celestia. This is a doll. Learn the difference, it could save your life

This is her life now. This is all her life is. Screams.

The smiles don't come as often as they used to... but they still come. 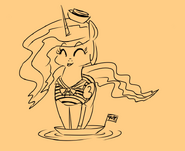 "I'm sailing awayyyyy, far awayyyyy, the paperwork will not find me here!" 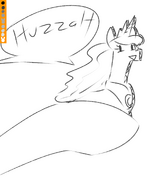 Some years were lonelier than others...

Some, weren't. And that's what's most important. 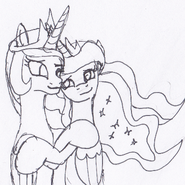 Sometimes you gotta hug it out
Add a photo to this gallery
Retrieved from "https://princess-aj.fandom.com/wiki/Princess_Celestia?oldid=6849"
Community content is available under CC-BY-SA unless otherwise noted.