Twilight Sparkle is an Alicorn Princess of Equestria, and one of the more competent ones at that. That said she still tries to shirk her duties, but only so Applejack will give her some attention for once. She is immensely powerful with magic, and has invented many "doo-hickies" that have improved life in Equestria.

Applejack: Best of Friends, back from their Ponyville days, Twilight wishes Applejack would pay her more attention.

Shining Armor: BBBFFs Twilight is extremely protective of her brother, to the point of once punching out his cancer.

Write the second section of your page here. 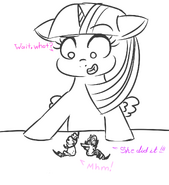 Nobody is sure what, but something went awry.

She's seen some shit and does not give a care.

Some mistakes haunt you for longer than you know. Most of them always find their way back. 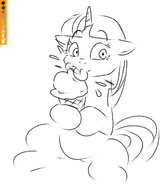 She calls it Twice cream, and it's a massive disappointment to anyone who tries it. 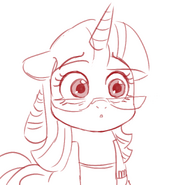 She loses herself in her work sometimes...

Don't you know you're all my very best Friieennnddsssss

That's bad for a lot of reasons 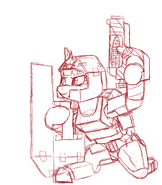 This nerf war feels unfair for one of them.
Community content is available under CC-BY-SA unless otherwise noted.
Advertisement